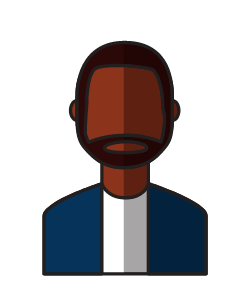 The modern family homes relies on electrical power to keep appliances running and lights burning. If you are looking for advice on how to perform household electrical repairs and maintenance, then the articles on this blog will provide the answers you need. They aren't written by experts, they are written by keen DIY fans which means you will be able to easily follow the advice and information they contain. So, if you are looking for information on how to change a fuse, how to diagnose electrical problems, or how to rewire a plug socket, read on to find out everything you need to know.

Do you need to speak to a commercial electrician?
21 October 2022

Electrical hazards can cause injuries or even death in the workplace. A residual-current device (RCD) is an electrical switch that breaks an electrical circuit instantly to mitigate against injuries stemming from an electric shock. When a person accidentally touches a live electrical current and earth wire, an RCD will automatically disconnect the power, thereby preventing injuries or death. Therefore, a competent person should conduct the testing and tagging of RCDs. Here are some key facts to know about commercial residual current device (RCD) testing and tagging.

Although fuses, RCDs and circuit breakers are safety switches and often used interchangeably, the devices offer different types of protection. According to leading electrical experts, circuit breakers and fuses are devices that protect appliances and electrical wiring from damage. However, residual current devices (RCDs) are purposed to protect people from electrical shock or electrocution. RCDs can detect and disrupt the flow of electricity through a circuit by switching off the power.

Commercial buildings such as workplaces are required to install RCDs on power circuits and light circuits. It is a mandatory requirement for all lighting circuits and socket outlets to be relayed through a residual current device (RCD).

According to the AS/NZS 3760:2010 standards for electrical safety, all portable and fixed RCDs should be tested and tagged according to set standards. RCDs should be tested through visual inspection for aspects such as earth leakage, polarity, insulation resistance, and earth continuity. An RCD testing device is used to measure the time (in milliseconds) that an RCD takes before tripping according to the maximum trip time set by AS/NZS 3760:2010. Such tests should be done during the installation of the RCDs and retesting conducted periodically, including daily, monthly, half-year, yearly, two years, and five years intervals. Talk to your electrical technician regarding the testing and retesting intervals suitable for your type of environment. Note that hostile environments that can increase the chances of equipment damage, such as heat, water, chemicals, and mechanical damage necessitate frequent inspection and testing of RCDs.

After testing the RCDs, you need to attach a test tag to each device. The tag bears the date of testing, retest date, the status of the test (pass or fail), and the person performing the test. Furthermore, you have to keep a record of the results for future reference. Such records should also include repair procedures for faulty RCDs.

For more information, reach out to a local commercial electrician.